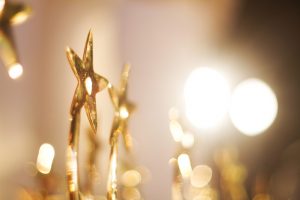 The Caroline Walker Trust (CWT) has great pleasure in announcing the shortlist for the 30th Anniversary CWT Awards to be held in London on 12 November 2019.

There were many fantastic entries this year, and our judges had their work cut out for them. We are delighted with the outcome of their recommendations following their intense scrutiny and insightful deliberations.

The CWT believes that this year’s awards showcase the passion, courage and conviction of those who work to improve the quality of our food and nation’s health, and for those who live in poverty. We were delighted to see such a range of innovative nominees, many of whom dare to challenge the status quo, each of which demonstrate their excellence by being distinctive and outstanding in their work.

Below are the entries which are now taking one step closer to gaining the title ‘Of the Year’ award.  Congratulations to everyone who entered and all those who have been short-listed.

We look forward to announcing the winners of each category in London on 12th November 2019. The CWT hope you will join us in recognising their efforts and contribution to improving the nation’s health. Please go to the event page for more information on joining us for the award evening.

CarolineWalkerTrust  @CWTFood
Did you know that 46% of people will choose a healthier option according to the nutritional information provided on… https://t.co/ilopAyhpON
reply retweet favorite

This website uses cookies to improve your experience while you navigate through the website. Out of these, the cookies that are categorized as necessary are stored on your browser as they are essential for the working of basic functionalities of the website. We also use third-party cookies that help us analyze and understand how you use this website. These cookies will be stored in your browser only with your consent. You also have the option to opt-out of these cookies. But opting out of some of these cookies may affect your browsing experience.
Necessary Always Enabled

Any cookies that may not be particularly necessary for the website to function and is used specifically to collect user personal data via analytics, ads, other embedded contents are termed as non-necessary cookies. It is mandatory to procure user consent prior to running these cookies on your website.